Elaine reluctantly lets George attend a party she is throwing at work. “Sweet fancy Moses” exclaims George when he sees Elaine dance at a party she’s holding for her employees. She wonders why they’ve lost respect for her. Jerry gets 2 tickets to a premiere of a film. Kramer asks him to get an extra ticket for his friend Brody. Elaine thinks the loss of respect might be due to George’s influence, so she makes him off limits to Anna, one of the women George talked to at the party. That “bad boy” image makes him all the more desirable. Jerry and Kramer attend the film with Brody, who begins to make a bootleg tape. Brody gets sick and has Kramer take him home, leaving Jerry to finish making the tape. Jerry worries about the implications when Brody likes him camera work and asks him to do another film. However, he complains about the quality of Kramer’s work. Elaine finds out the truth about her dancing after she tapes herself. Elaine apologizes to Anna and George, which suddenly makes him undesirable. Brody won’t meet Jerry’s demands for equipment; George takes on the challenge, but gets arrested. Frank comes to bail him out and Elaine lets him know the truth about his son. Elaine’s dance becomes a big hit on the streets of New York. 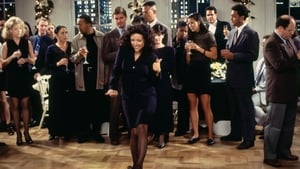 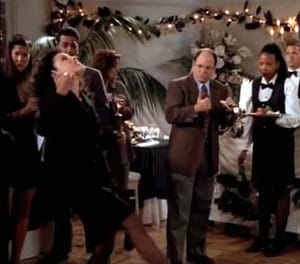 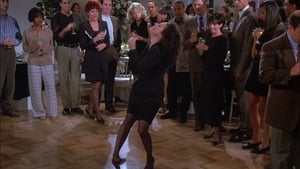