Elaine has tickets for a historical clothing exhibit and realizes that she has no female friends; Jerry suggests that she ask Susan. Kramer suggests that is the wrong move and that George’s worlds will collide. Jerry meets his pool guy outside a movie, and then he can’t get rid of him. George is worried by Elaine wanting to get to know Susan, then he finds out it was Jerry’s idea. Kramer’s new phone number is similar to a film information line. When Kramer keeps getting wrong numbers, he begins giving out the information for movie show times a la “Moviefone.” 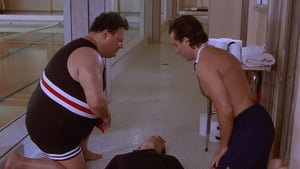 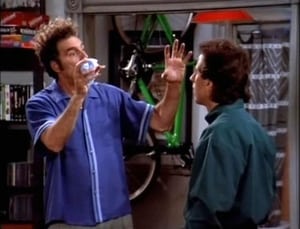