Kramer befriends a caddy, who helps him to improve his golf game and offer his other advice. George’s bosses consider him for a promotion when they think he is so dedicated to his work that he is there in the morning before everyone else and still there after they all leave. They don’t know that he’s just been leaving his car in the parking lot waiting for his free visit from a locksmith. Taking advantage of the situation, he and Susan go up north to her parent’s rebuilt cabin. Elaine meets an old rival who’s heir to the Oh Henry! candy bar fortune and has never worn a bra. She wears the bra as a top and cause Kramer and Jerry to have an accident with George’s car. With George’s damaged car in the parking lot, the Yankees think he’s dead. Steinbrenner breaks the news to the Costanza’s. Kramer and Elaine take her rival to court and only Jerry may stand in the way. 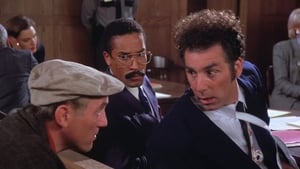 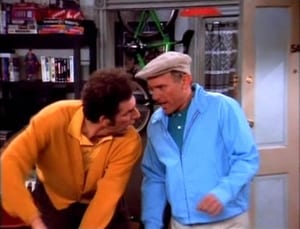